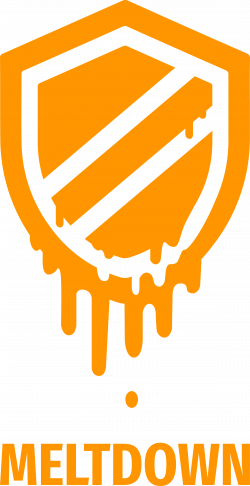 Update: I included the results for when PCID is disabled, for comparison, as a worse case scenario.

After learning about Meltdown and Spectre, I waited patiently to get a fix from my OS vendor. However, there were several reports of performance impact due to the kernel mitigation- for example on the PostgresQL developers mailing list there was reports of up to 23% throughput loss; Red Hat engineers report a regression range of 1-20%, but setting OLTP systems as the worse type of workload. As it will be highly dependent on the hardware and workload, I decided of doing some test myself for the use cases I need.

It is similar to that of my previous tests:

We have been measuring LOAD DATA performance of a single OpenStreetMap table (CSV file) in several previous tests as we detected a regression on some MySQL versions with single-thread write load. I believe it could be a interesting place to start. I tested both the default configuration and another more similar to WMF production:

No meaningful regressions are observed in this case between the default patched and unpatched kernels- the variability is within the measured error. The nopcid could be showing some overhead, but the overhead (around 1%) is barely above the measuring error. The nopcid option is interesting not because the hardware support, but because of the kernel support- backporting it could be a no-option for older distro versions, as Moritz says on the comments.

It is interesting to notice, although offtopic, that while the results with the WMF “optimized” configuration have become better compared to previous years results (due, most likely, to improved CPU and memory resources); the defaults have become worse- a reminder that defaults are not a good metric for comparison.

This is not a surprising result, a single thread is not a real OLTP workload, and more time will be wasted on io waits than the necessary syscalls.

Let’s try with a different workload- let’s use a proper benchmarking tool, create a table and perform point selects with it, with 2 different levels of concurrency- 8 threads and 64 threads:

In this case we can observe around a 4-7% regression in throughput if pcid is enabled. If pcid is disabled, they increase up to 9-10% bad, but not as bad as the warned by some “up to 20%”. If you are in my situation, and upgrade to stretch would be worth to get the pcid support.

Further testing would be required to check at what level of concurrency or what kind of workloads will work better or worse with the extra work for context switch. It will be interesting to measure it with production traffic, too, as some of the above could be nullified when network latencies are added to the mix. Further patches can also change the way mitigation works, plus probably things like having PCID support is helping transparently on all modern hardware.

Have you detected a larger regression? Are you going to patch all your databases right away? Tell me at @jynus.